Please Note: This article is written for users of the following Microsoft Word versions: 2007, 2010, 2013, 2016, 2019, and Word in Microsoft 365. If you are using an earlier version (Word 2003 or earlier), this tip may not work for you. For a version of this tip written specifically for earlier versions of Word, click here: Ignoring Words Containing Numbers.

Have you ever noticed that one of the side effects of our fast-paced world is the creation of new words? It seems that every day—particularly in the technological or medical fields—that new words are bursting forth on the scene. Some of these words are actually composed of letters and numbers together. For instance, b2b is an acronym (word?) meaning business-to-business.

Normally such words would be flagged by Word's spelling checker as being incorrect. If you create documents that contain quite a few words that are formed by mixing letters and numbers, you may want to instruct Word to ignore them. You can do so by following these steps: 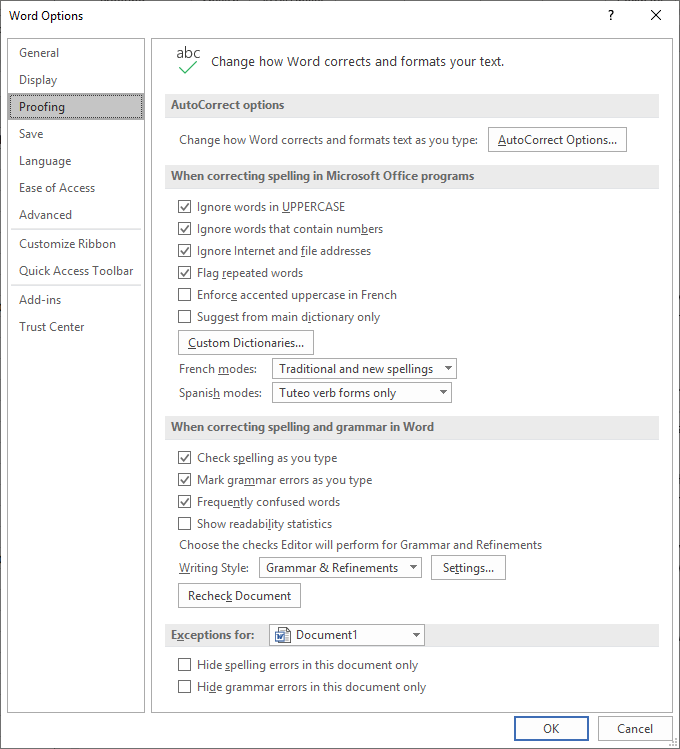 Figure 1. The Proofing options of the Word Options dialog box.

WordTips is your source for cost-effective Microsoft Word training. (Microsoft Word is the most popular word processing software in the world.) This tip (6079) applies to Microsoft Word 2007, 2010, 2013, 2016, 2019, and Word in Microsoft 365. You can find a version of this tip for the older menu interface of Word here: Ignoring Words Containing Numbers.

The Equation Editor is a handy tool, particularly for those who must include mathematical equations in their documents. ...

When working with dates, you may need to figure out all the dates on which weeks end in a given year. There are several ...

Filtering can be a powerful way to work with large amounts of data in a worksheet. If you use filtering quite a bit, you ...

Making Ignore All Work for a Document on All Systems

When you tell Word's spell checker to ignore all instances of a misspelling, you may expect that the misspelling will be ...

Word has a built-in spelling and grammar checker that can help reduce errors in your prose. It may be a bit confusing if ...

It appears that Word doesn't allow you to define custom dictionary entries that include ampersands. There are ways you ...