Rotate a Graphic Using the Keyboard

The short answer is "not really." The reason for this is because before you can rotate a graphic you need to select it, and selecting can only be done (as far as I can tell) by using the mouse. If you've just clicked on the graphic to select it, your mouse pointer is already very close to the rotation handle, so you might as well use it to do the rotation.

That being said, after you select the graphic (again, using the mouse) you could use the Alt key, in conjunction with the left and right arrow keys, to rotate the graphic in 15-degree increments in the direction consistent with the arrow key used.

If you want a bit finer control over the rotation, you can follow this convoluted set of steps:

You could also set up a keyboard shortcut to directly display the options that appear when you press M. Follow these steps: 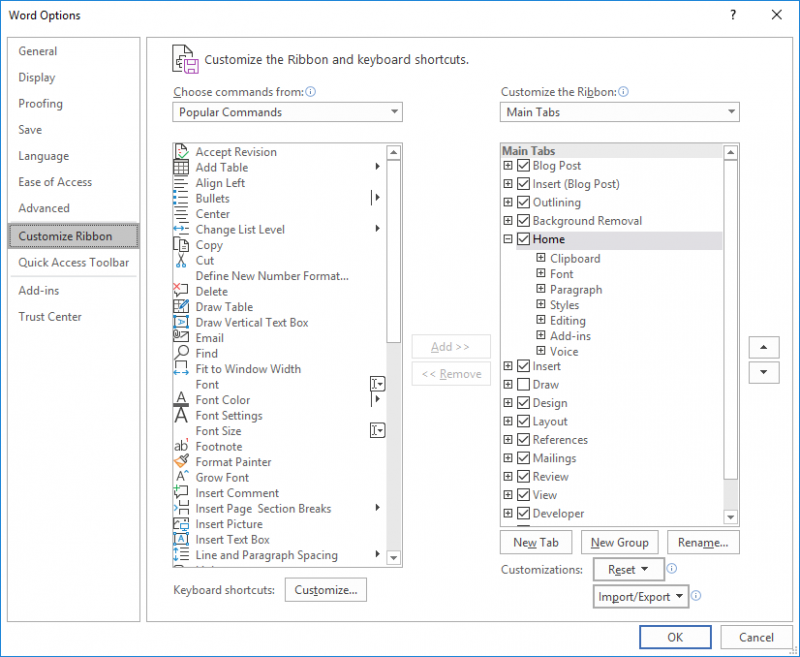 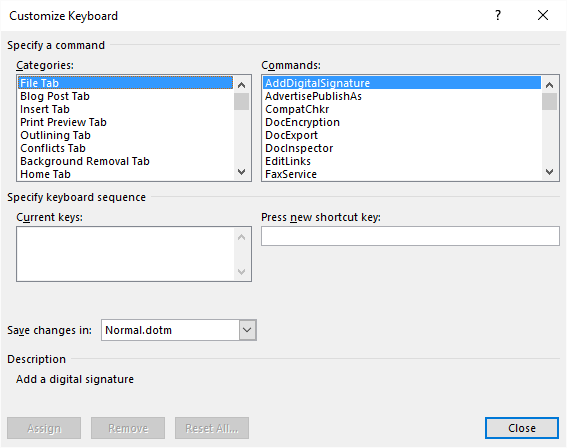 Now, after selecting a graphic, you can jump right to the rotation options by pressing the shortcut key you defined in step 7.

Of course, you could also create a set of macros to do the rotations for you and then assign those macros to a set of keyboard shortcuts. The following consists of four macros, three of which can be used to easily rotate a graphic. The RotateCW1 and RotateCW5 macros rotate a graphic clockwise either 1 or 5 degrees. The RotateCCW5 macro rotates a graphic 5 degrees counterclockwise. All three graphics rely on the RotateShape macro to do the majority of the work.

Again, assign the RotateCW1, RotateCW5, and RotateCCW5 macros to shortcut keys and you can then directly rotate a selected graphic as desired.

Insert a graphic into a document and Word allows you to add a shadow behind the graphic. You can also adjust the ...

Workbooks can get rather large rather quickly. If you think your workbook has gotten too big too fast, here are some ...

The Conditional Formatting capabilities of Excel are powerful. This tip shows how you can use a simple approach to ...

Sometimes images can be just too big to display in a document. Instead you may want to display a smaller, thumbnail-size ...

Want to change the graphics formatting defaults in Word? You can customize some of these defaults, saving yourself some time.

Rotating Fractions in a Text Box

Rotating graphics in Word is not always straight-forward, but it can be done. This tip examines a special need to ...