The problem being described isn't really a problem. It is a "feature" of Word that has been available for many, many years. You can control this feature by following these steps: 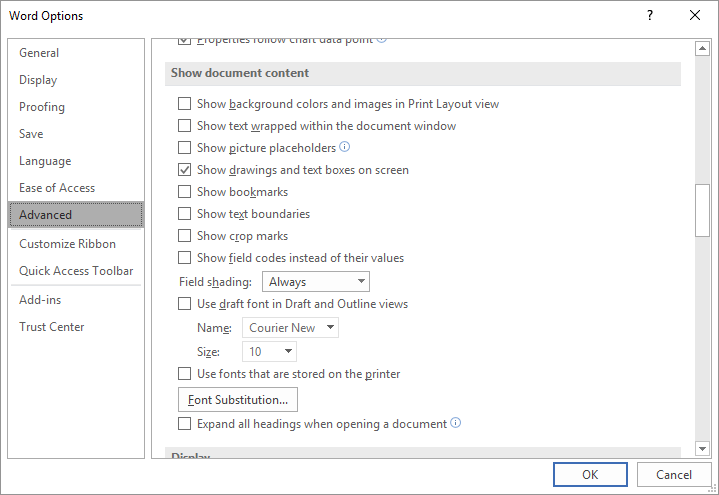 Figure 1. The advanced options in the Word Options dialog box.

The check box in step 4, when selected, makes the text in Draft and Outline views extend the full width of the document window, without regard to where the margin is set. This only affects what you see on the screen; it does not affect any printouts. If the check box is cleared, then the margins are minded and the text wraps where you expect it to wrap.

The need for this feature is rooted in history. The original intent of Draft view (which used to be called Normal view) was to speed up work by foregoing an exact WYSIWYG format. In this view, Word does not worry about line breaks, margins and page breaks in the same manner as in the Print Layout view. Likewise, graphics objects are not displayed. The point is to release computer resources to facilitate doing the work of entering and editing content. The purpose of the Show Text Wrapped Within the Document Window setting is to allow even more information to appear on-screen, since WYSIWYG isn't being paid attention to in Draft view anyway.

It is not unusual for people, these days, to bypass using Draft view and instead using Print Layout view. The Show Text Wrapped Within the Document Window setting has no bearing on this view, since the essence of Print Layout view is to show a very close representation of what your final printout will look like. If you want to use Draft view, there is nothing wrong with that (I do it all the time), but you'll need to pay attention to settings such as the Show Text Wrapped Within the Document Window check box so that your display looks like you want it to.

WordTips is your source for cost-effective Microsoft Word training. (Microsoft Word is the most popular word processing software in the world.) This tip (10690) applies to Microsoft Word 2007, 2010, 2013, 2016, 2019, Word in Microsoft 365, and 2021. You can find a version of this tip for the older menu interface of Word here: Text Doesn't Wrap at Margin in Normal View.

Page breaks not appearing where you expect them in your subtotaled data? It could be because of a setting you made in ...

Need to replace the formats applied to some cells with a different format? Those using Excel 2003 will find it easy; ...

When working with copies of workbooks--particularly copies derived from a common ancestor workbook--you may be interested ...

When comparing two pieces of text, you may find that Word's smart quotes can mess up the comparison. Here's a quick way ...

When editing a document, Word normally selects entire words as you use the mouse to select text. This tip explains why ...

Turning Off the Clipboard Icon

When you paste information into a document, Word normally displays a small icon to the right of what you pasted. Some ...