Please Note: This article is written for users of the following Microsoft Word versions: 2007, 2010, 2013, and 2016. If you are using an earlier version (Word 2003 or earlier), this tip may not work for you. For a version of this tip written specifically for earlier versions of Word, click here: Getting Rid of Modify Style Message.

Getting Rid of Modify Style Message

Like many Word users, Judie uses custom styles in her documents. Periodically Judie sees a "Modify Style" message asking if she wants to "update the style to reflect recent changes?" or "reapply the formatting of the style to the paragraph" with a checkbox to "automatically update the style from now on." Judie does not want to see this message at all; she wants her styles applied exactly the way she created them and she will explicitly choose whether to modify a style or not.

Getting rid of this message can be accomplished by following these steps: 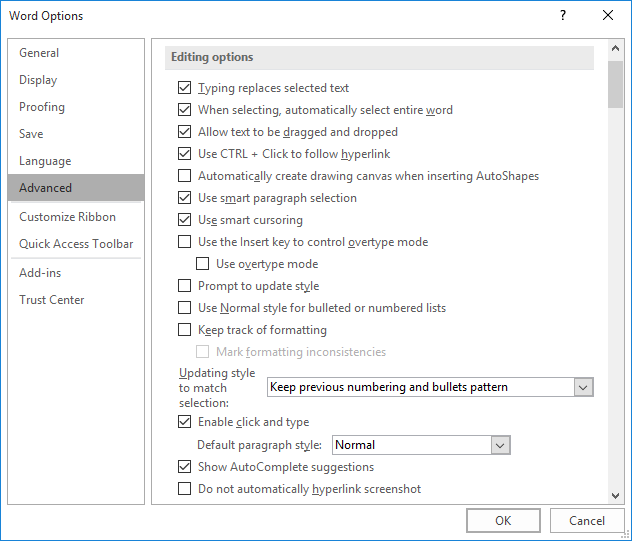 Figure 1. The Advanced options of the Word Options dialog box.

The short way around seeing the message—even without explicitly turning it off, as described above—is to not reapply a style. Instead, select the paragraph and press Ctrl+Q to return paragraph formatting to whatever the underlying style says it should be, or press Ctrl+Spacebar to return character formatting to whatever the style says it should be. Both shortcuts bypass the unwanted message concerning styles and get you to the same point that you would be at if you chose to simply reapply the style in the message's dialog box.

WordTips is your source for cost-effective Microsoft Word training. (Microsoft Word is the most popular word processing software in the world.) This tip (10688) applies to Microsoft Word 2007, 2010, 2013, and 2016. You can find a version of this tip for the older menu interface of Word here: Getting Rid of Modify Style Message.

Making Common Functions Available to Others

When you use macros to create functions, you might want to share those functions with others, particularly if they ...

Once you have connectors established between different AutoShapes on your drawing canvas, you may need to move the ...

Some industries (such as the military) have special formatting that they use to represent dates. Here is one such format ...

If you use styles to format your text, you can later search for words and phrases that are formatted using various ...

Moving All Headings Down One Level

Do you want to demote all the headings in your document by one level? There are some great tools built into the program ...

Want to get rid of some styles in a document that you don't need any more? It can be a difficult thing to do, unless you ...