Michelle works for a law office and she types the phrase "S election" several times a day. She added the phrase to the dictionary with a required space and without. However, spellcheck routinely marks "S election" and suggests that it be corrected to "Selection." Michelle wonders how to fix this.

The first thing to do is to remember that word has either two or three checks that go on behind the scenes. In all versions of Word you have the spelling and grammar check going on. In Word 2016 (for those using the Office 365 subscription or Word 2019) there is also a check being run by the feature called Editor. (If you are not familiar with Editor, it is supposed to be the "next generation proofing tool" for users of Word.) Each of these tools adds different types of underlines to your prose. 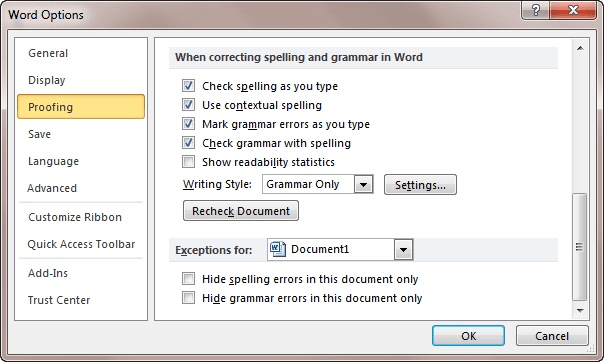 Figure 1. The Proofing options of the Word Options dialog box

The blue squiggly underline under "S election" should now be gone. Note that the setting you changed (in step 4) references contextual spelling, but it is within the area of settings that have to do with grammar. This is because contextual spelling is determined by rules, not by dictionaries. So, in this regard, it is more the result of breaking a grammar rule than a spelling error.

Word 2013 and Word 2016 still rely on the concept of "contextual spelling," but how you turn it off is different. To make the change, repeat the 5 steps just discussed, but in step 4 you'll want to clear the Frequently Confused Words check box.

If you are using the Office 365 version of Word 2016 or Word 2019, then beginning in about mid-2016 you had "pushed" to you a version of Word that implemented the Editor feature, which I mentioned earlier. This causes "S election" to no longer use a blue squiggly underline, but a blue double underline. If you right-click on the flagged text, you can see a suggestion by the Editor. (See Figure 2.) 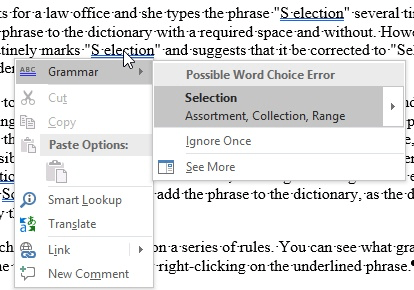 Figure 2. Right-clicking on a grammar error

In this case, the rule is named "Possible Word Choice Error." Note, as well, that there is no "Ignore All" option, as there would be if this were a spelling error. So, you either need to go through every potential error and click Ignore Once for each instance, or you need to turn off the grammar rule. You do that by following the steps already discussed, clearing the Frequently Confused Words setting.

If you don't, for some reason, want to turn off contextual spelling, you might consider creating an AutoCorrect entry for the phrase "S election." Just be sure to select the phrase (before creating the entry) and set the language for the phrase to "No Language." This results in the writing tools (spelling, grammar, and Editor) not being applied to that text. Define the AutoCorrect entry to be formatted, and then any time it is inserted in your document, the text will not be flagged.

There is one other thing that should be mentioned here. If you work in a company that uses enterprise-level versions of Word, the scuttlebutt is that your IT department can modify the rules by which the newer Editor feature operates. Thus, they could theoretically adjust the rules so that "S election" is ignored by Editor, but it still works in other instances where contextual spelling would be beneficial. How you would set up such rules at an enterprise level is beyond the scope of this tip, but you may want to check with the IT department and see if they can make the necessary adjustment.

When creating a worksheet, you may need to limit what can be entered into a particular cell. Using data validation you ...

It is possible to develop a custom dictionary on your computer that reflects the types of documents with which you work ...

Margins for All Documents Changing

Have you had the margins in a group of documents change without you knowingly doing anything? This tip explores some ...

Turning Off Error Checking for a Specific Word

While you are typing in a document, Word is typically busy checking what you type for errors. If an error is found, Word ...

Word provides some handy document analysis that can help improve your writing. One such tool is the readability ...

Checking for Sentences Beginning with Conjunctions

In my English classes in junior high, I would get marked down if I started sentences with a conjunction. ("There's a ...

I know this is an old tip, but as it was revived by Jim's comment i will post my suggestion.
I suggest to create an autocorrect entry for S election to replace it with the same but with a nonbreakable space. This should prevent it from being mis-corrected and also would always prevent it from splitting at the end of the line.

I have an issue in Word 365 with English (UK) and the word "addin". I wan't it corrected to "add-in" when encountered, but instead Word only suggests "ad-Din", an islamic religious term, quite rare in my writing!

I'd like to demote "ad-Din as a suggestion (not remove it while it may come in handy in thf future, who knows?) and promot "add-in" in its place, but I find no such tool? Is it possible to fix?

What a powerful little throwaway: "Just be sure to select the phrase (before creating the entry) and set the language for the phrase to 'No Language.'" I had no idea this was possible and will be incorporating it into all the tech terms I need to use! Thank you!